A “re-imagined” Three Musketeers starts tonight on BBC. When a couple of months ago I was researching the history of detective fiction for a talk I was giving, I came across a scene where d’Artagnan shows powers of analysis of a crime scene worthy of Holmes himself. So will this facility survive the update? This is the (rather lengthy, but worth it) passage:

“While the king was engaged in making these last-mentioned arrangements in order to ascertain the truth, D’Artagnan, without losing a second, ran to the stable, took down the lantern, saddled his horse himself, and proceeded towards the place his majesty had indicated. According to the promise he had made, he had not accosted any one; and, as we have observed, he had carried his scruples so far as to do without the assistance of the stable-helpers altogether. D’Artagnan was one of those 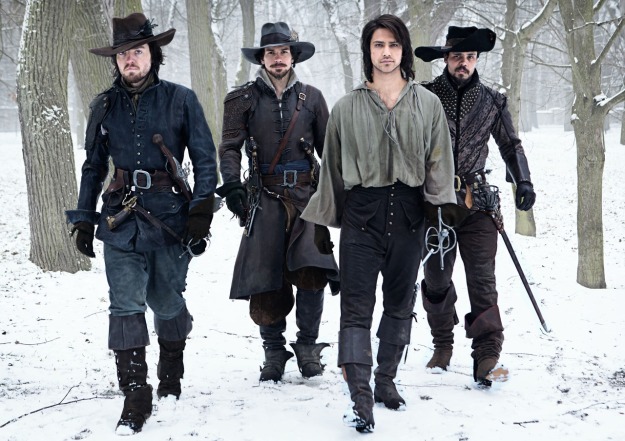