Music, particularly jazz music, and photography have long enjoyed a healthy symbiotic relationship. Think of the evocative photographs of Herman Leonard, the bassist and snapper Milt Hinton or William Caxton, images of clubs, patrons and players so powerful you can almost smell the cigarette smoke, hear the splash of a cymbal, the tinkle of highball glasses.

The two art forms have something else in common – a powerful sense of their own history. Everyone who is serious about jazz studies the masters, be it the fiendishly mathematical complexity of Charlie Parker’s be-bop or the lyricism of Bill Evans’ piano. Photographers, too, are drawn back to the great practitioners of the art, the Robert Capas, Lee Millers and Bert Hardys, analyzing and sometimes imitating, until, like musicians, they find their own style.

I recently spoke to drum legend Billy Cobham, whose CV should just say “played with everyone who is anyone in jazz and beyond”, about his lifelong love of the photograph.

“I started shooting seriously in the army, back in ’64. That was my secondary military occupation, after drumming instructor. Then, when I left the army I never really stopped. I did my first album cover for Blue Note, for Horace’s Serenade to a Soul Sister in 1968.” Which meant he was following in the f-stops of Francis Wolff, another legend who shot many of the iconic Blue Note covers. “Absolutely I was. Big shoes to fill. I also did work with Count Basie and Gil Evans.” 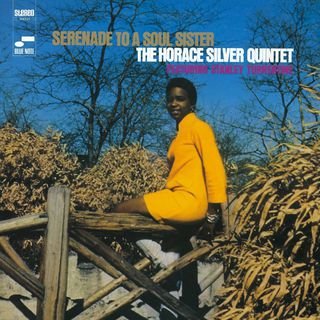 For many years Billy shot with a classic Leica M3, especially while on the road. “With the Mahavishnu Orchestra,” says Billy, “we were touring for two years solid. I’d always get up early the day of a show and I’d walk round town with my camera and I’d be alone. When you are in band doing that many gigs, you are with the guys 24/7 and you need some space. Going out with my Leica helped me gather my wits, my feelings, about how I felt about me that day.’ Not everyone in the band shared his commitment. “John McLaughlin, I think he just used a compact camera for snapshots, while I was there with my Leica with a 150-280mm zoom with all the bells and whistles and he’d look at me like I was out to lunch.”

I first saw Billy Cobham with that band, at an open-air concert at Crystal Palace Bowl. I had never heard or seen anything like it. The guy in white with the twin-necked guitar, he was good, but the drummer was something else. Finding out about him led me to Larry Coryell and then back to Miles Davis and beyond. Billy Cobham sparked my interest in jazz. “So it’s my fault?” he laughs when I tell him this. I also followed his post-Mahavishnu work, including the seminal Spectrum album and his later bands, which sometimes included a young trumpeter from the UK called Guy Barker.

Billy still takes plenty of photographs, but these days he has embraced pixels. “I made the switch four or five years ago. I’ve retired my M3 and shoot with an M8 or, especially for documentaries like my recent Art of the Rhythm Section Retreat in Arizona, an S Typ 007. Everything I used to do in the darkroom, I can do in the camera now. And I don’t feel like I’ve been sniffing airplane glue for five hours.”

He thinks that photography has a way of enhancing his music . “For me, taking a photograph is like capturing an instant in my life, like a single “cel” in an animation, a frozen moment of my time of this earth. What it also does, it takes my primary mind away from what I am always thinking musically, and gives that part of my brain a rest for a minute while I do something visual. I’m still being creative, but in a different way. Then, when I come back to the music, it has more meaning.”

Billy wouldn’t be drawn on a favourite image, not even given a this-is-the-one-I’d-save-from-a-burning-house challenge. “I’m still exploring,” he insists. Which is true of his music, as you can experience when Billy plays Ronnie Scott’s with the Guy Barker Big Band  from June 25-30th (www.ronniescotts.co.uk).

I have worked with Guy on the narrative of some of his large-scale compositions and Billy and the Big Band will probably play Guy’s brilliant arrangement of Stratus from the Spectrum album. You’ll recognise the dynamite drum motif, because it was sampled for Massive Attack’s Safe From Harm, which became the title of a novel I co-wrote (as R J Bailey). How many degrees of separation is that?