Full disclosure: I could probably tell a version of most of the stories in actor Michael Brandon’s new Edinburgh Festival show, Off-Ramps. And some more besides. Not as well as he does, admittedly, but I got the whole Brandon life story – out of sequence –  while driving him around the UK back in 2007.

I had written the narration for a piece called dZf, a reworking of the Magic Flute, which featured all-original music by trumpeter and composer Guy Barker. Michael had the perfect voice for the relocation of the opera’s action to New York (that’s him under Guy’s pointing finger below). A tour had been arranged. I wanted to go on the road with the band. Why? Asked my wife. You’ve done all the work.

Why? Because I wanted an excuse to go on the road with a band. But that sounded a bit like a writer’s mid-life crisis (plenty of writers want to be rock stars – I give you the Fun Lovin’ Crime Writers – although few want to swim in the jazz pool). Then Michael broke his leg. And couldn’t drive between gigs. He needed a chauffeur, so I volunteered for the job. I was going on the road – just not with the band. This turned out to be a very good thing.

The dZf shows were great fun, but the drives were hilarious. Michael regaled me with (sometimes unrepeatable) tales about Hollywood actors, rock stars and Goodfellas. All told in that inimitable, gravelly Brooklyn accent. 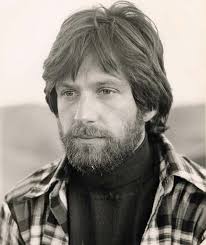 I thought then that the stories deserved a wider audience and was pleased to hear that he had hooked up with  Olivier-award winning writer, performer and director Guy Masterson to do just that.  Together they have managed to condense tales from that two-week road trip to just over an hour, running from Michael’s childhood and up to his marriage to his Dempsey & Makepeace co-star Glynis Barber. 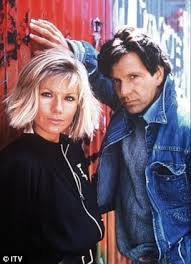 And, having seen the first run-through of the show, it’s just as warm, engaging, funny and sometimes scabrous as I recall. I miss some of the stories he shared with me – along with his Kirk Douglas impression –  but something had to give and it’s as close as you’ll get to having him in the passenger seat, with a leg in plaster, turning to you and saying: “Did I tell you about the time …?” But you’ll have to see the show to hear the full story. It’s worth it.