When Guy Barker and I were sketching out the idea for a piece called dZf – The Magic Flute relocated to Greenwich Village – one of our touchstones was a TV series called Johnny Staccato, which aired in the US from 1959-60. Starring John Cassavetes as a “jazz detective”, it was set in a Village jazz club called Waldo’s, and the title character was a pianist who moonlighted as a gumshoe. Or vice-versa. 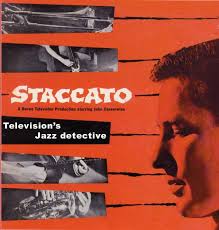 The club setting (and the music played there) was crucial to us, but the only episode we managed to track down was one where the nightclub was temporarily shut down. Disappointing, to say the least. Now, though, if you have a multi-region DVD player you can enjoy all 27 episodes in the US re-issue below. And what a treat it is, from the opening credits on. 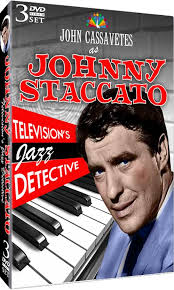 The theme music is by Elmer Bernstein (‘The Magnificent Seven’), a punchy, braying wail of brass, a supercharged version of his work on The Sweet Smell of Success. The musicians playing at Waldo’s included Barney Kessel, Shelly Manne, Red Mitchell, Red Norvo, and pianist Johnny Williams (later John Williams, responsible for Star Wars, Jaws etc). Although set in the Village, nearly all the players were from the West Coast school of jazz, because, apart from a few exteriors, the series was actually filmed in LA. 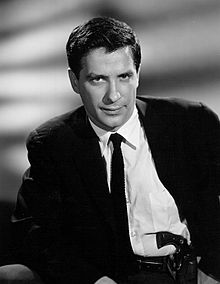 So how does it stand up? Well the scripts aren’t its strong point, but Cassavetes with his razor-sharp suits and matching cheek bones is excellent and there is something to savour in most episodes, not least Elizabeth Montgomery – Samantha in Bewitched – playing against type as a sexy femme fatale in Tempted. And the music is always great – Bernstein used three different ensembles- a big band of 25, a Birth of the Cool-sized 12-piece and an ensemble of six players  with vibes and trumpet to the fore. Listen out for a riff that sounds as if it could be a sketch for Lalo Schifrin’s later Mission Impossible theme. 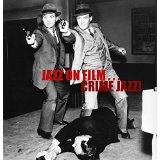 If you want to skip the visuals, the soundtrack is available on an 8-CD compilation called Jazz on Film: Crime Jazz, which also includes Lee Marvin’s M Squad, the Untouchables and, best of all, two CDs of Henry Mancini’s music from Peter Gunn. 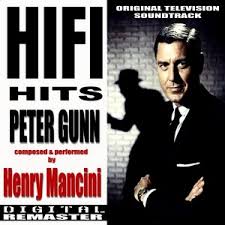