The new novel Dead Man’s Land (out today, January 3rd) is dedicated to Clive Powell, “a genuine Leigh pal”. Some of you may know that Clive Powell is the real name of one of Leigh’s most famous sons, Georgie Fame. I have met him several times over the past few years and his famed all-nighters at Soho’s Flamingo club in the early 60s were referenced in my book Signal Red, about the Great Train Robbery. 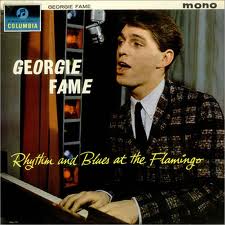 This time I wanted his help because the regiment in the new novel is a ‘Pals’ battalion, one of the units of Kitchener’s New Army that were raised to replace early losses, and consisted of men from the same village or profession. So there were Salford Pals, Liverpool Pals, Taxi Driver, Artist and Footballer Pals. There wasn’t, however, actually a Pals from the cotton town of Leigh, although I’ve invented one. Originally I used quite a lot of ‘Lanky’ dialect and local phrases for the soldier’s conversations, and Georgie was going to help out by checking their authenticity. Sadly, early readers said they found those sections impenetrable and I re-wrote them in more straightforward language, meaning I no longer needed Mr Fame’s help. Still, Georgie’s concerts have given me much pleasure of late and, coming up to 70, he shows no sign of stopping – his new record Lost in a Lover’s Dream is a laidback corker and he will be playing Ronnie Scott’s for the week starting April 8th, where he’ll no doubt telling stories about the Zagreb club owner and vibes player who inspired the new album. 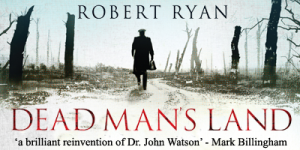