An extract from the programme notes for That Obscure Hurt, a new piece by Guy Barker:

“Guy Barker and Robert Ryan first came to Snape Maltings in 2008 for a performance of dZf, their reimagining of the story of The Magic Flute. As a result of that performance, the Aldeburgh Music Festival asked whether Guy would be interested in creating something similar to celebrate Benjamin Britten’s centenary. Guy accepted and then asked Ryan if he could again help. ‘I am a long term admirer of Benjamin Britten’s music,’ says Guy, ‘and I knew from the very beginning this had to be a very different approach from the one we used for dZf.’
In the end they went back to the title of the concert series ‘Inspired By Britten’ and decided to look at where Britten had turned to for inspiration of his own work and Ryan began to consider the two operas based on Henry James ghost stories – The Turn of the Screw and Owen Wingrave and discovered another of the tales, The Jolly Corner, which had all the elements they required to make a start. Although Britten never tackled a third James story, they felt as if they were tapping into the same source. However, the jazz element of the music had to grow organically from the setting of the story (Barker was insistent that none of Britten’s music be touched or referenced).

So, the story was relocated from an apartment block in New York to a jazz club in Soho. There is a prologue, about the dance bands who worked on the transatlantic liners, crossing to New York, which gave them a thematic link to Britten’s own crossing to America. The Cunard dance bands (“Geraldo’s Navy”) are legendary in the jazz world – musicians such as Ronnie Scott, John Dankworth and Stan Tracey would sign on with the sole intention of rushing ashore in NYC to hear the new music being played in the clubs of 52nd St and the Village by modern jazz giants such as Charlie Parker, Dizzy Gillespie and Bud Powell. 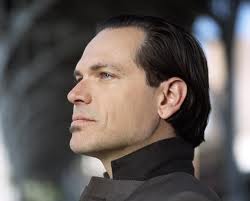 When originally conceived by Ryan, there was to be no spoken narration or songs in the piece. As things developed, Barker began hearing songs and while experimenting with an idea for the prologue set in NYC, all he could hear in his head was Kurt Elling’s voice. And so Kurt was approached to play Harry Prince, singer at The Pagoda nightclub, and agreed and the piece took another turn. It subsequently became apparent that a different form of narrative was required in addition to Kurt.

With dZf they had an American actor but the writers wanted to go a different way this time by using with an English actress. Barker had seen Janie Dee perform the works of Pinter and Ayckbourn and knew she had the voice they needed. The final piece features these two great performers plus the BBC Concert Orchestra and the Guy Barker Jazz Orchestra – a total of 77 individuals on stage.” 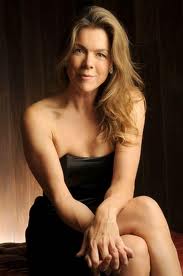 So just to reiterate – we have managed to get the great Kurt Elling, who recently sold out Ronnie Scott’s for eight consecutive shows, to come to the concert hall at Snape Maltings deep in rural Suffolk and sing my “lyrics” and the equally wonderful Janie Dee to do the narration. As I said to Guy: ‘You always said Kurt could sing the phonebook and make it entertaining.. we’re about to find out if that’s true.’

* That Obscure Hurt premieres as part of Aldeburgh Festival at Snape Maltings on Wednesday June 12th. Further details: 01728-68710, http://www.aldeburgh.co.uk/events/guy-barker-obscure-hurt. It will also be broadcast live on Radio 3.